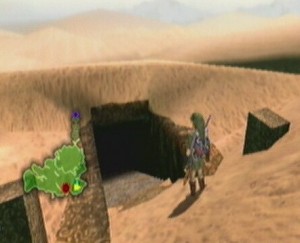 have to beat your opponents to advance to the next room. After every 10 rooms, you meet a great fairy who offers you the option to leave the Cave of Ordeals but you lose all progress, and will need to start over from room 1 if you choose to do it again. And you don’t get much help while you’re in there – probably over the 50 rooms, a total of maybe 8 lousy hearts. It sounds like a lot, but trust me, it’s peanuts. You’ll need certain equipment to get through certain rooms like the Spinner, Ball and Chain, Dominion Rod, and Double Clawshot.

I was pumped and loaded up on rupees (to use the Magic Armor), had all four bottles fill 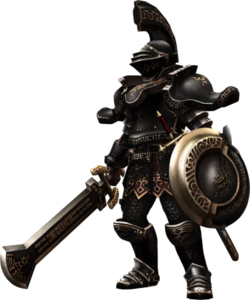 ed with all manner of rejuvenating  potions – blue potion, great fairy’s tears, red potion, a plethora of arrows and bombs, and I still got done for. Guess where? The last freaking cave!!!

Oh I hate the Darknuts. Evil, armored nasties. One of them is hard enough, but seriously three??? I managed to get all their armor off but couldn’t get them before the got me. Anyway I was so mad. Still waiting to calm down to do it again. Plus, I just found out that any subsequent time you try the Cave of Ordeals after the first, you have to fight FOUR darknuts. So not right. I need some serious strategy.

Damn you Cave of Ordeals!!! *shakes fists to sky*