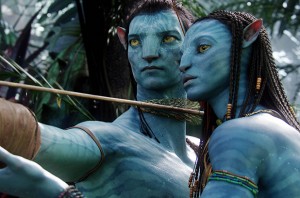 It’s the beginning of award season and last night at the Golden Globes, Avatar picked up two awards. One for Best Director (congrats Mr. Cameron!) and one for Best Drama. It was pretty neat when James Cameron thanked his actors and support team in the Na’vi language, saying “I see you” or “oél ngáti kámeie.”