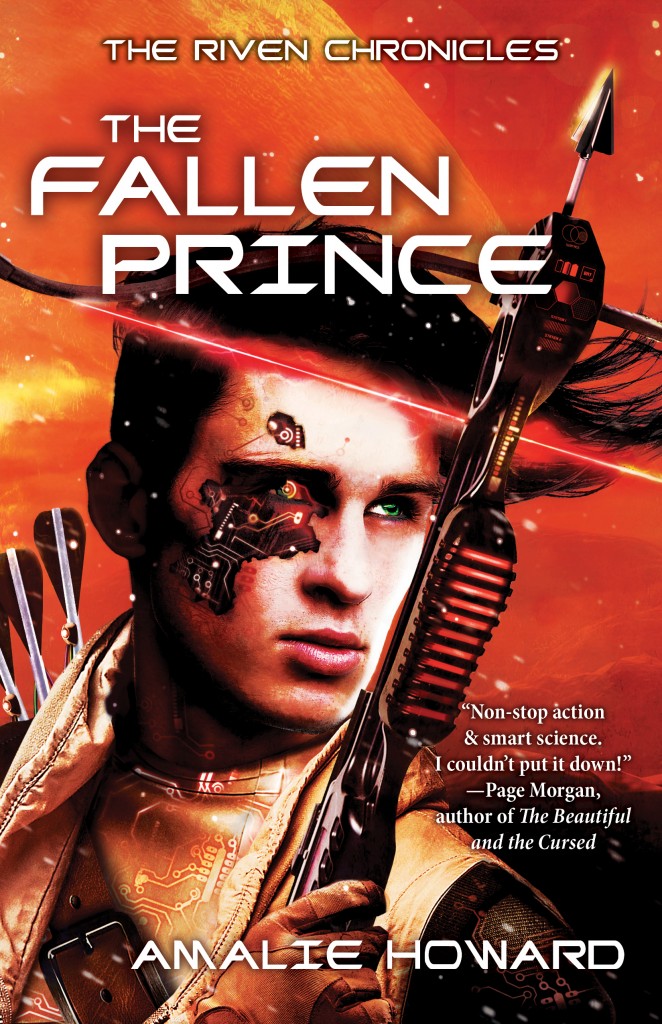 Deliriously happy with this trade review for The Fallen Prince from Booklist!!

My favorite parts: “An engaging combination of soap opera and space cowboys” and “give this to readers who liked Star Wars!”

Riven is hot on the trail of her rogue scientist father when she is called home to Neospes, a city under siege by an unknown force controlling hordes of reptilian killing machines. She must put aside her romantic feelings for the Lord King, her hostility toward her father, and a growing attraction to the elusive Bass in order to save what’s left of her world. An engaging combination of soap opera and space cowboys, this sequel to The Almost Girl(2016) charges along from action scene to action scene, with a few tender moments thrown in. The hero is an amped-up girl with cyborg DNA and some nifty tech to both fight and conquer, including portals that move people from Earth to Neospes and its surroundings. Although the action is planetside rather than in true space, give this to readers who liked Star Wars or Melissa Lander’s Starflight (2015). As the concluding volume in the Riven Chronicles duology, readers will want to begin with the series’ first title.— Cindy Welch