I have to say that Graceling did indeed live up to the hype. I finished it last night at 1am. Let’s just say that it’s been a long while since I’ve foregone sleep for finishing a book, which is always a good sign of a “can’t put down” read. 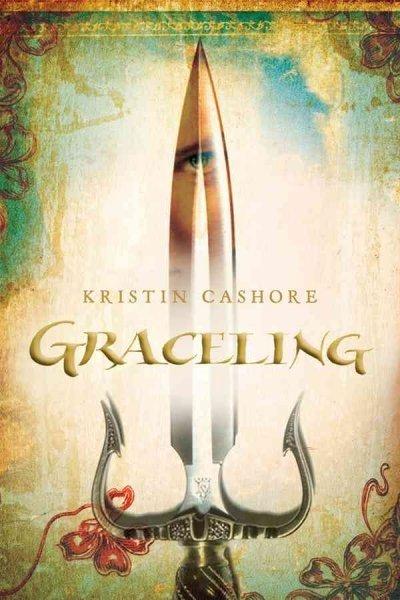 Graceling is set in a fictional world made up of seven kingdoms ruled by seven kings. Here are there, some people are born “Graced” with certain skills or attributes. Katsa, the heroine, born with one green eye and one blue (the mark of the “Graceling”), is Graced with the skill of killing. Her uncle King Randa abuses her gift as his own ends. When Katsa meets Prince Po in a quest to rescue his grandfather who has been kidnapped in a plot of by the Monsean King, it seems like she has met her match. Also Graced, Po is the only one who can fight Katsa. However his Grace is not fighting, he  can sense people’s thoughts when they are thinking about him which allows him to be a worthy opponent to Katsa. Their blossoming romance is inevitable. Together they race to uncover the plot and save Po’s cousin and his family from the evil Monsean King, Graced with a terrible ability to control people’s minds.

Several people have compared this book to Twilight by Stephenie Meyer but I would only agree in terms of its target audience and to some degree, its romance. The writing was simple, eloquent enough, and flowed well. My overall feel for the novel was for some reason one of “Crouching Tiger, Hidden Dragon.” I absolutely fell in love with Prince Po – what a great character, a perfect foil for the “wildcat” Katsa who is feisty and independent and headstrong. It was great to read a book with a strong female protagonist.  Once a tomboy myself, I identified with Katsa’s Grace and thoroughly enjoyed her ability to pound someone. On the flip side of that, her struggle to come to terms with her Grace as well as the crimes she has committed for her uncle, is poignant and heartfelt. I love that she doesn’t want to get married or do anything that girls are supposed to do – she wants to live on her own terms. Definitely gives you something to think about. Great heroine!

I’d highly recommend this book. 5 stars!!! Check it out at Amazon.