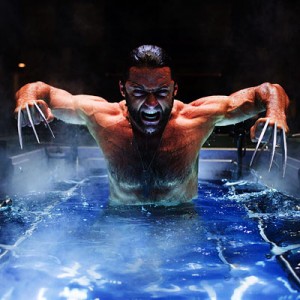 I don’t know why I waited so long to see the film X-Men Origins:Wolverine! I bought the DVD when it came out and it just sat unopened until I decided to watch it last night. It was AWESOME! Even though it didn’t get rave reviews – a mere 36% on the Tomatometer at Rotten Tomatoes, it was just one of those movies that made me pump my fist in the air, similar to how I felt after watching G.I Joe, the Rise of Cobra (which also didn’t pull great reviews). Simply put, it was a fun, enjoyable action movie. Would I classify it in the same realm as the first two X-Men films? Probably not, but it was still a cool flick that I thoroughly enjoyed with great cinematography, fun characters, and a believable (if thin) backstory.

Great fight scenes with some fantastic special effects – gotta love that scene with Ryan Reynolds and the samurai swords, not to mention his infamous “smart mouth” and dry wit, no matter the movie. I love his versatility as 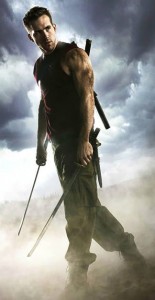 an actor and this film was definitely reminiscent of his role in Blade Trinity.

I thought the dynamic and the love/hate relationship between the two brothers was extremely realistic, although somewhat predictable, but perhaps that is what gave it its realism. The love between Kayla and Logan also worked for me, it didn’t feel contrived, and I liked the balance it gave to the rest of the action (and of course, the main driver for Logan becoming Wolverine). So what if it is a predictable tragedy based on love and betrayal? The fact is this is usually what is the cause of revenge and anger. Hugh Jackman was great as Wolverine – again I thought the difference between the brothers really showcased the “other” side of what he could have been, more animal than human, like his brother. And yes, the gratuituous display of man candy didn’t hurt either.

My one complaint would be that the super-mutant should have demonstrated more powers given all the mutants Striker had in captivity but there was just so much action in this last end scene that maybe that would just be asking too much. That last part with the severed head and body falling into the giant cylinder reminded me of Star Wars Episode I: The Phantom Menace where Obi-Wan slices Darth Maul in two. Not sure if I liked the bit after the end credits where the arm of the super-mutant finds the head – that was a little corny.

I liked it, plain and simple. Would I watch it again? Probably, but I’m just shallow like that.