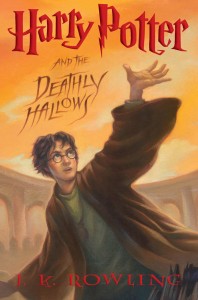 I’m a couple weeks late after the newest Harry Potter and the Deathly Hallows trailer came out but I only saw it when I went to see Inception. It looks like it’s going to be phenomenal! I do have to say though that this whole splitting the last book in a series into two movies is just wrong. Harry Potter, Eclipse…I mean come on…we’ve bought and read all the books, we’ve gone to all the movies, we’ve bought the DVDs…do you have to stretch the beejezus out of the last one? Come on!

Rant said, the Harry Potter trailer looks awesome. I could almost be convinced that it would be worth it to see it in two parts. Almost. All I can say is that they have to do it right – and not just stretch it out painfully so that they can make the two movies. They both have to have standalone substance.

Check it out yourself!

3 Comments on Movie Trailer: Harry Potter and the Deathly Hallows