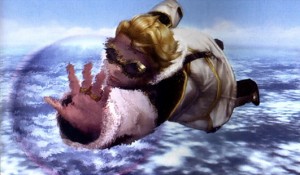 So Final Fantasy Crystal Bearers did indeed come out on December 26th 2009. I braved manic shoppers with morning breath at Best Buy at 8am to get my copy (it was back-ordered online). A few days in, I have to say that the jury is still out. Gamespot has it currently at 6.8 for critic and 8.5 for users. IGN has it as “passable” at 6.2 on their scale. Doesn’t seem like it’s getting too many awe-inspiring reviews, but you know what, it’s been 5 days – I’ll give the reviews some time to settle in. Meanwhile you can also check out this review at Gamepro for more insight. 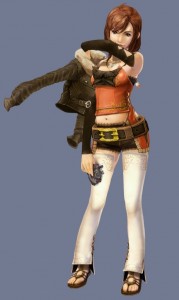 The main character Layle is a pretty-boy with an attitude. He has some interesting friends including a couple CGI’d hotties. Seriously, those Square Enix guys mustn’t get out much – take a look at the Selkie’s short shorts and lace up leggings! Developer fantasizing much? Yowzer!

But I digress. I’m a few hours into the game and am finding it okay but definitely not the typical feeling you’d expect from Final Fantasy…you know, the one where you’re playing until your eyes are burning and it’s three in the morning and all you want to do is keep playing! It feels a little blah but then again expectations have been running high for this game.

The worst thing so far is that there are no maps! None, nada, so in some areas, you pretty much run around in a circle and hope you’re going the right way. The Wii-mote takes some getting used to for 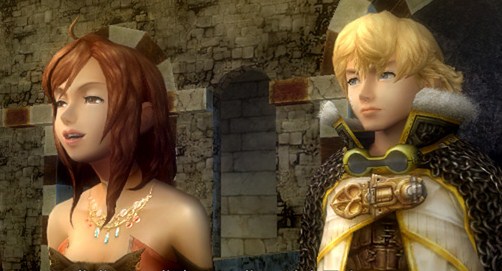 wielding the crystal power and a lot of it is pretty much learn as you go. The break-away scenes are pretty cool – graphics as you’d expect are decent, but the gameplay so far just seems lacking to me. I’m hoping that that will change as I get used to the controls and dealing with all the mini side quests like random grape-picking or bikini-clad, butt-bumping girlfights, and ongoing smart-mouth comments from Layle and his buddies.

If it doesn’t get any better, I’ll be writing a review of playing FFII for the fourth time on my PC. Classic.