So excited to announce the release of my Aquarathi series prequel novella — SEAMONSTER (Speio’s story) — before the release of OCEANBORN this August! It’s only $.99. Isn’t the cover gorgeous?

Take a look and get a taste for the deliciously thrilling series that Kirkus Reviews calls a “fantastical surf-and-turf romance!” Don’t miss out on your chance to discover the ocean’s best kept secret … 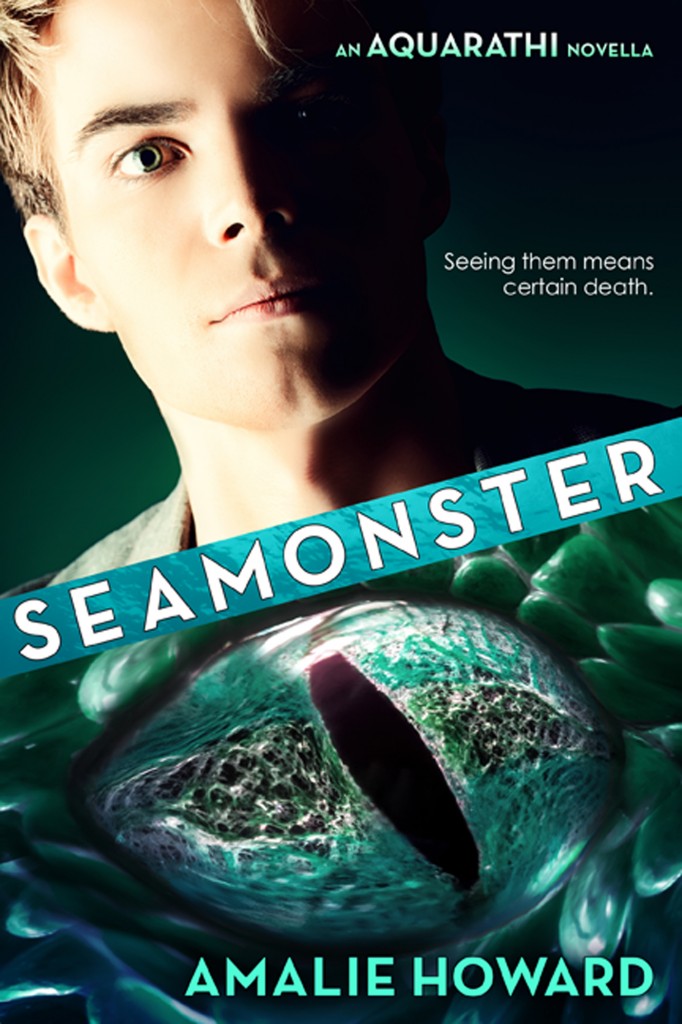 They say that love is the death of duty …

Speio Marin is land-bound, tied to the side of the Waterfell queen-to-be, Nerissa. There’s only one problem–she wants nothing to do with any of the Aquarathi or her undersea kingdom, preferring instead the freedom of pretending to be human. Torn between his own desires and his duty to serve his future queen, he spirals into an abyss of malcontent. Speio’s mistrust of humans is no secret, and he sees them only as a threat to the existence of his people.

Until he meets Anya Delmonico–a mysterious and enigmatic girl, teetering on the edge of survival. Anya is sedate and secretive, yet reckless enough to brave a hundred-foot cliff jump. Caught between a dark past and an ex-boyfriend who refuses to let her go, Anya knows that getting involved with anyone new is the last thing she should do. But when her past catches up to her, Speio turns out to be the only one she can trust, refusing to let her face her demons alone.

When Anya discovers the truth about Speio, putting her life in mortal danger from the Aquarathi as well as her own sinister pursuers, will he risk everything to protect her? Or will he choose duty above all?

11 Comments on SEAMONSTER — a novella and a giveaway