So by now, I’m sure many of you have heard that Angry Robot Books have gotten rid of their young adult imprint, Strange Chemistry, in an effort to sell their company. Sadly, there were many casualties of that, including my sequel to The Almost Girl, scheduled for publication this very month – November of 2014. Cancelled sequels/trilogies happen frequently in publishing for a variety of reasons, including mergers, acquisitions, or sales such as this one. Needless to say, I was distraught. The Fallen Prince would not have a home. What would become of it? 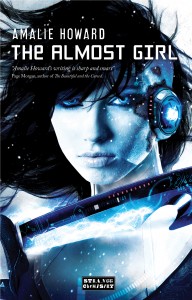 My agent and I considered many different avenues, including staying with Angry Robot, but that would only be for The Almost Girl. The Fallen Prince would disappear into the oblivion of lost and abandoned books. We could get the rights back for The Almost Girl, but we both knew that selling a sequel on its own would be a long shot.

The truth is, I didn’t want to give up on The Fallen Prince, or all my awesome readers who were patiently waiting for the sequel. In the end, we decided to pitch the series to one of my other publishers and hope for a miracle.

And the most amazing thing happened …

I am so thrilled (and lucky, and grateful, and honored, and completely delirious) to announce that Sky Pony Press have acquired the rights to The Fallen Prince and will be publishing it as part of their 2016 list! 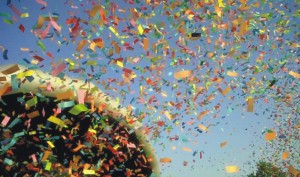 Children’s: Young Adult
Indie Next selection author Amalie Howard’s THE FALLEN PRINCE, the sequel to THE ALMOST GIRL, about a girl with Cyborg DNA from a parallel universe who fights to save the fate of her world from a tyrant prince, moving to Julie Matysik at Sky Pony Press, in an exclusive submission, in a two-book deal, by Liza Fleissig at Liza Royce Agency (World).

I couldn’t be happier that this series will have a wonderful new home!! Stay tuned for release dates and amazing (I kid you not — the concept for The Fallen Prince is unbelievably awesome) cover reveals!

And thank you, as always, for your amazing support! I couldn’t do this without you, my super wonderful readers!