The Apple iPad has officially been announced, a device that straddles the middle ground between smartphones and laptops. It’s a 9.7 inch tablet-style device with a multi-touch screen, pretty much a bigger version than the iTouch, that accommodates email, ebooks, photos, games, music, video, web surfing. Steve Jobs calls it “way better than a laptop, way better than a phone.” Looks like a “big and tall” version of the iTouch with a price tag of $499-$699 depending on the size.

Still, could it be that the unicorn is just another horse? Jury’s still out. 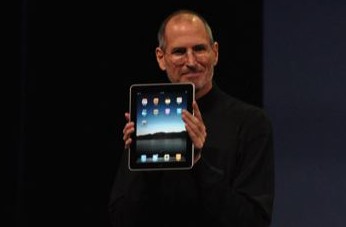 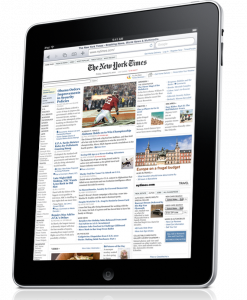