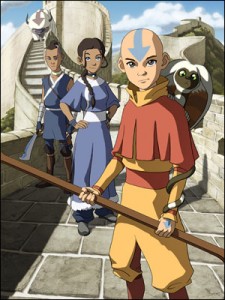 The second trailer looks awesome for The Last Airbender! Great cinematography and scene settings, definitely worth the wait since the first trailer. The air bending effects look amazing!

The film is based on Nickelodeon’s Avatar: The Last Airbender cartoon which I’ve enjoyed occasionally. It’s an interesting story-line even in 2D animation. Can’t wait to see what M. Night Shyamalan pulls out with this film – I’m a big fan of most of his movies, like The Village and The Sixth Sense, and even Lady in the Water which didn’t get the best ratings.

According to the LA Times article, M. Night Shyamalan had a sense about ‘Airbender’: ‘This would make a killer movie’, “this is the first time he’s directed a film based on pre-existing source material.” Even so, I’m excited to see his unique flair in this film. He’s weird and talented and different, and I’d be excited to see what he does with this one.

Based on this trailer that stays pretty true to the animated story of the four nations of air, water, earth, and fire, and one boy’s journey to discover his power to master all four elements and fight against the corrupt fire nation, I think it’s definitely going to be something to see.  Check it out. The Last Airbender drops July 2, 2010.

M. Night Shyamalan had a sense about ‘Airbender’: ‘This would make a killer movie’