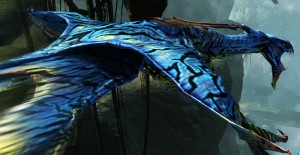 So I went to see Avatar again, and yes, totally in IMAX. Read my initial review here.

I was not disappointed a second time. I did find myself wishing certain sequences would move more quickly so I could get to my the parts I loved, but overall, the impact was near the same. Gorgeous visuals and an emotionally-captivating story. This time I felt I focused more on Sam Worthington’s Jake Sully (he has some of the best expressions 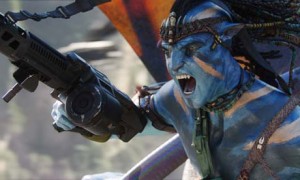 in Na’vi mode) rather than Zoe Saldana’s Neytiri, although she was still spectacular. I still stand by what I blogged about her amazing acting in my initial review, especially in the scenes with her dying father and when Jake reveals his betrayal. Still gut-wrenching and raw. And my favorite part? Yep, still that scene in the end where she cradles the human Jake Sully, and he says “I see you” to her while touching her face. One of the best films I have ever seen.