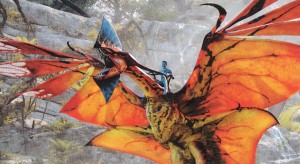 Sam Worthington is unstoppable. The Australian actor is seriously a real-life Toruk Makto triumphantly riding the great beast that is Hollywood. Amidst rumors of him being the next pick for James Bond, it’s been confirmed that he will return for a Clash of the Titans sequel and as everyone knows, he’s committed to doing the blue trilogy with James Cameron.

Between Clash of the Titans last week and Terminator Salvation on FIOS, I watched Avatar the other night for the fifth time. Oh yea, I totally went out and bought the no bells-and-whistles DVD for $15.99. I had to have it. Could I have waited for the Director’s Cut supposedly to be released in November? Probably. Did I want to? Hell no. W 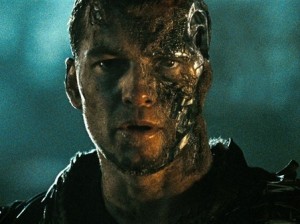 atching the bell-whistle-less Avatar on a 65-inch HD screen completely filling my peripheral vision in a comfy, dark room was just as good as seeing it in the theater! Add in a glass of wine, and it was a shade better than 3D.

Sam Worthington is not the world’s best actor nor is he the best looking guy in Hollywood, but there’s something about him that is so compelling. Maybe it’s his voice or that turn of the head that he does with his quirky corner of the mouth smile or that rebellious look he gets in his eyes. Whatever it is, I am a huge fan.

I’ve seen a ton of artic 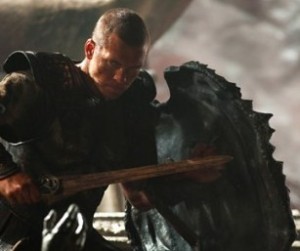 les about whether Sam Worthington is a good actor or not, and whether he will go the route of Russell Crowe or Gerard Butler, or become a Hollywood action staple and household name. Despite his comments that he prefers guns and swords to kissing (dammit), I do think that he’s a better than average actor so I’m predicting the latter. When I saw Terminator Salvation for the second time, I watched him very closely. He got all of the nuances of his role perfectly. Human who doesn’t know he’s a terminator, incorporating classic tics like the slow but meticulous head survey? Fantastic. I thought he out-shadowed Christian Bale the first time around and this time was even better. Check out my review of that here. 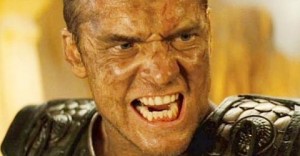 What I love about Sam Worthington is that he seems to jump heart and soul into his roles. He was believable as Jake Sully/Avatar just as he was as Marcus Wright or Perseus. That said, those were action films so I guess we’ll see more of his um, kissing vs. sword abilities, in his upcoming film, Last Night, a romantic drama with Keira Knightly and Eva Mendes.

Sam Worthington is definitely worthy of someone to be watched.