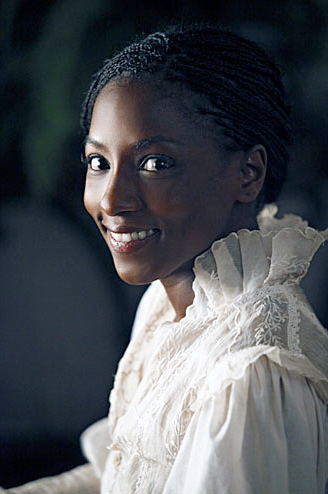 Tara gets out of stupid mode and is actually funny in this episode. Loved her OMG faces when she’s talking to the obviously psychotic Franklin. He is hilarious when he does the “how-fast-can-I-text” thing. What a tool. Hopefully Tara is wily enough to wrap him around her little finger before she becomes the meal du jour slash vampire bride.

Nice twist with Eric showing up (of course Talbot finds him hot!) Thought the back-story when he sees the crown in the king’s collection with him and his father was also neat, which reveals that Eric is in fact a Viking prince. Classic. Just adds in the element of “vengeance” against the house of cards that the old Mississippi King Vamp Russell is building. 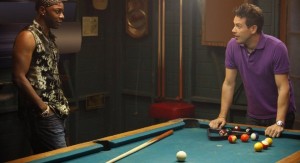 Now for the rest of the True Blood sub-plots… Not really sure where the whole Sam and family thing is going, especially with his father’s rage against his little brother. I’m sure there’s a reason but it’s just boring – alright already, tell us what it is. Also interested to see who this mystery girl is that Jason keeps seeing. $50 says that she is a wolf too (or some other kind of super freak). Very happy that Lafayette is going to hook up with the cu

te orderly who takes care of his mother! Being Eric’s little cabana boy and dealing with his crazy cousin Tara all day long, the poor boy needs some nice in his life!

Absolutely loved the end of this episode where Bill goes completely nuts against Cooter and his vampire guard. And then the piece with Sookie using the strange power that first came to light against the maenad from last season was very cool. Mr. Vamp King definitely likes that considering he probably wants to use Sookie for his own ends. That little clap thing he did was extremely creepy.

Can’t wait for next week’s episode!