Welcome to the super-tastic YA Scavenger Hunt! For those new to the fun-fest that is YASH, this tri-annual event was first organized by the fabulous Colleen Houck as a way to give readers a chance to gain access to bonus material from their favorite authors … and a chance to win some awesome prizes!

So for those of you who don’t know me, I’m the author of several books, including the Amazon best seller BLOODSPELL from Langdon Street Press, The AQUARATHI Series from Harlequin Teen (WATERFELL and OCEANBORN), THE ALMOST GIRL and THE FALLEN PRINCE from Strange Chemistry, and the Spring 2014 Kids’ Indie Next Pick ALPHA GODDESS from Sky Pony Press.

If you came here looking for my bonus material, a deleted scene from ALPHA GODDESS (my recent multicultural East-Indian mythology release), you’ll have to keep hunting!

At this hunt, you not only get access to exclusive content from each author, you also get a clue for the hunt. Add up the clues, and you can enter for our prize–one lucky winner will receive one signed book from each author on the hunt in my team! But play fast: this contest (and all the bonus material) will only be online for 72 hours — until noon PST on Sunday April 6th! 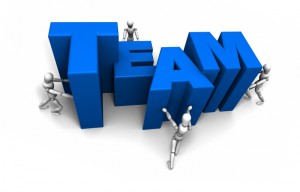 Check out the YA Scavenger Hunt page to find out all about the hunt. There are TWO contests going on simultaneously, and you can enter one or all! I am a part of the BLUE TEAM–but there is also a red team for a chance to win a whole different set of signed books!

Directions: In my post, you’ll notice that I’ve hidden my favorite number in BLUE somewhere. Collect the favorite numbers of all the authors on the blue team, and then add them up.

Rules: Open internationally, anyone below the age of 18 should have a parent or guardian’s permission to enter. To be eligible for the grand prize, you must submit the completed entry form by APRIL 6th, at noon Pacific Time. Entries sent without the correct number or without contact information will not be considered. 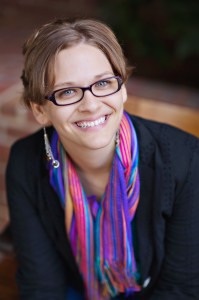 I am super-thrilled to be hosting the lovely and talented JEN MCCONNEL for this leg of the YA Scavenger Hunt!

About Jen: Jen McConnel first began writing poetry as a child. A Michigander by birth, she now lives and writes in the beautiful state of North Carolina. A graduate of Western Michigan University, she also holds a MS in Library Science from Clarion University of Pennsylvania. When she isn’t crafting worlds of fiction, she teaches college writing composition and yoga. Once upon a time, she was a middle school teacher, a librarian, and a bookseller, but those are stories for another time.

Jen’s featured book on this hunt is called DAUGHTER OF CHAOS. Isn’t that an awesome title?! Makes me want to read it already! Are you guys ready for the cover? Because it is seriously just as fabulous as its name! Drumroll please … 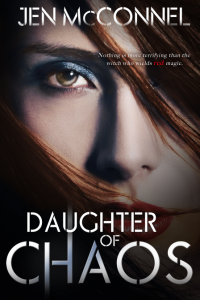 Nothing is more terrifying than the witch who wields red magic.

There comes a time in every witch’s life when she must choose her path. Darlena’s friends have already chosen, so why is it so hard for her to make up her mind? Now, Darlena is out of time. Under pressure from Hecate, the Queen of all witches, Darlena makes a rash decision to choose Red magic, a path no witch in her right mind would dare take. As a Red witch, she will be responsible for chaos and mayhem, drawing her deep into darkness. Will the power of Red magic prove too much for Darlena, or will she learn to control it before it’s too late?

Find out more information about this exciting book by checking out Jen’s website!

And now for the moment you all have been waiting for … Jen’s exclusive content!

In the early drafts of DAUGHTER OF CHAOS, each chapter started with an excerpt from one of Darlena’s magical textbooks. While the textbook, “Of the Arcane and Archaic: A Little-Known History of Occult Practices”, didn’t make the final cut, I wanted to share a snippet of it with y’all for the hunt. Enjoy!

A note would be appropriate at this point to mention the little known branch of magic that is called Red. This path is shrouded in secrecy, but at the time of this writing it seems clear that it has almost died out: only three Witches could be found globally who professed to follow the Red path. All three refused to contribute information to this text, so the author is left to draw her own suppositions. Clearly, Red magic is dangerous, for if it were not, there would certainly be more practitioners. Some possible deities associated with Red Magic are: Kali, Pele, Loki, Freya, and Persephone. It has been suggested that Red magic walks a line of passion, and if so goddesses such as Aphrodite and Venus might well be added to the Red Pantheon, but nothing can be proved at this time.

Whoa, doesn’t that sound intriguing? Want to learn more? Be sure to click on the links to Jen’s website to find out how you can get your hands on your very own copy of DAUGHTER OF CHAOS! Anyway, just for the record, I’ve been practicing Red magic for THIRTEEN years.

Don’t forget to enter the contest for a chance to win a ton of signed books by me, Jen McConnel and more! To enter, you need to know that my favorite number is hidden somewhere in this post (hint: scroll up a bit – it’s in blue and it’s about my many years as a Red magic witch). Add up all the favorite numbers of the authors on the blue team and you’ll have all the secret code to enter for the grand prize! Also keep in mind that most of the authors are doing their own giveaways so there are many chances to win something unique and special.

While you’re here with me, be sure to enter the personal contest I’m hosting below for a SIGNED copies of my books, WATERFELL and THE ALMOST GIRL, as well as SIGNED copies of A GIRL NAMED DIGIT and DOUBLE DIGIT by Annabel Monaghan. Contest is international.

If you’re ready to move on, click HERE to head over to the next author in the hunt — AMY CHRISTINE PARKER! Good luck!!

77 Comments on Welcome to the Spring 2014 YA Scavenger Hunt