Seeds of the Sacred Tree – very pure spirits, seeds of the sacred tree of Ewya. Central to the Na’vi’s spiritual beliefs. Ewya connects the entire biological ecosystem of Pandora. 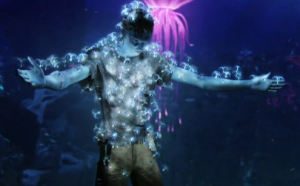 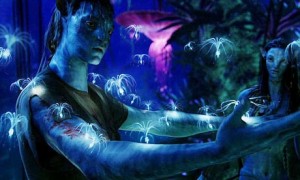 Great Leonopteryx (Toruk or last shadow) – similar to the Mountain Banshee although far larger and striped with red, yellow and black markings, with large blue bone-fins on its head and the under-side of its jaw. Looks like a pterodactyl. Central figure in Na’vi history with Toruk Makto (one who rides the last shadow). 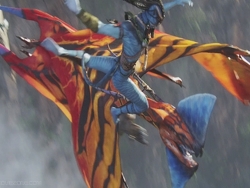 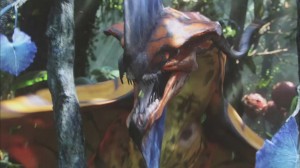 Direhorse – similar to a horse, used as a transport animal by the Na’vi. Has a neural connector that bonds with the Na’vi’s connector (at the end of their long braid) to join their minds so they think as one. 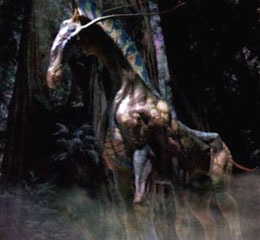 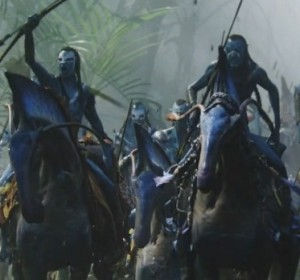 Mountain Banshee – flying predator, also used as an aerial transport animal by the Na’vi warriors. One of the last rite of passage tasks of becoming a warrior is to fight a banshee and seal the bond. In James Cameron’s Avatar, a banshee only makes one bond with a Na’vi warrior for its lifetime. They roost in the Hallelujah Mountains. Same neural connection link as the Direhorse. 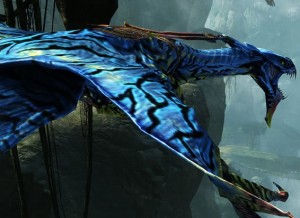 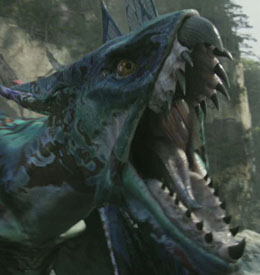 Hammerhead Titanothere – like a very large rhinoceros only with a hammerhead shark-like head made of bone. Territorial and attacks when threatened. 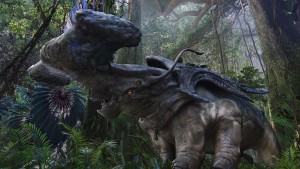 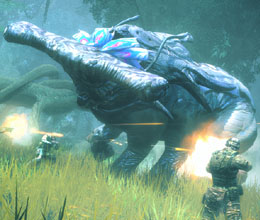 Hexapede – like an antelope with blue and white stripes. Elaborate webbed fins around its head. 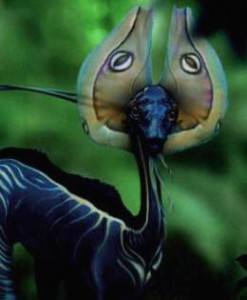 Prolemuris – looks like a cross between a monkey, a lemur and a webbed frog. Move in large groups. 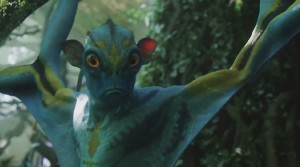 Viperwolf – looks like a shiny large dog-like animal. Hunt in packs. Reminds me of the mutated dogs in the Resident Evil films. 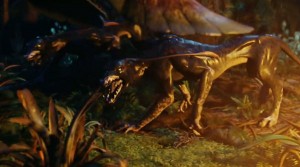 Thanator – a gigantic feline predator. Looks like a shiny black panther with a heavily muscled body. 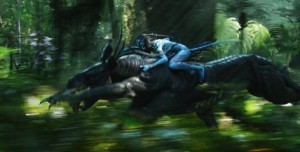 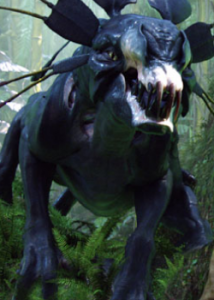 I also found an early article from Ben Barna that talks about some of the creatures from Avatar with more information on size and eating habits as well as a Wikia entertainment site that has a ton of detail on most of Pandora’s flora and fauna.

Fan Lizard – looks like a baby reptilian lizard but has a swirling circular purple fan that opens when touched on the top of its body. 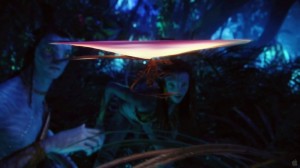