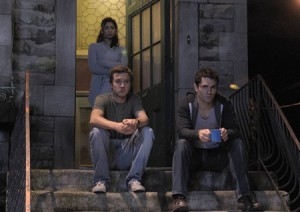 Life is a series of choices. As it tuns out, death is the same. For some of us there’s a bigger question – what am I now? Where do I go from here? […] We find ourselves in an eternal nowhere, between human and thing. Monsters. Some of these monsters choose to accept what they’ve become. Some don’t. Which leaves us with the most important choice. Do you accept what you are or do you refuse?

Apart from the pretty awesome deep and philosophical start with the voice-over (paraphrased above), this episode of Being Human felt a little thin to me. There were a few more very cool werewolf changing scenes, and I loved that Aidan was able to come out of his blood-fog to save Josh’s sister from a pretty gruesome death at her brother’s hands. He definitely needed to be redeemed after giving in to Bishop like a little girl.

The one-liners were still there but not packing as big of a punch as the first episode. Still, for me, they remain the saving grace of this series. 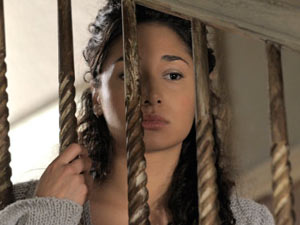 Sally: How are you?

Josh: I didn’t kill my sister so I guess I can’t complain.

The whole thing between Sally and her ex-fiance are moving way too slowly for me. It’s like alright already, get to where it gets interesting between those two. I mean Aidan and Josh can only carry it for so long.

Josh to Aidan: What’s the point of doing any of this? Of drinking beers…of enjoying Costco…if you’re going to kill all our friends? 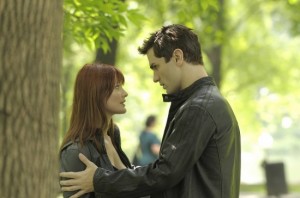 Finally, I am not into Rebecca at all. Thought she was gross when Aidan hooked up with her, and she’s even worse as a vampire (turned by none other than Bishop, and obviously part of some plot to antagonize Aidan). One, she’s just not pretty (debunking the whole awesome rule of hot vampires) and two, she is a nasty evil piece of work. Oh, and there’s a three – she torments and then bites the cute little nurse who has a crush on Aidan. I mean she was a bit annoying, but she at least deserved to be bitten by Aidan instead of Rebecca. Plus, I don’t like how Rebecca gets all snarky when Aidan tries to tell her that she can live her life another way.

Rebecca: Not sure I want to take advice from the man who fell off the wagon into my neck.

All that said, I am enjoying the caustic humor throughout these episodes, but that’s a pretty thin thread holding it together at this point. I do like the fact that they are likening vampirism to drug addiction. It’s a cool way of thinking about it. But jury’s still out on the series. Pacing needs to be picked up.

Being Human airs on Syfy on Mondays at 9pm.